Support for social enterprise at regional level can bring real dividends in terms of new jobs, social inclusion and better public services, participants at an Open Days workshop learnt. Every year, several thousand movers and shakers from Europe’s regions converge on Brussels for the three-day Regional Policy Open Days. This October, the event featured four workshops arising from EQUAL’s work on inclusive and social entrepreneurship, one of which was on Social economy: integrating social enterprises into local development policies. Chaired by Steve Wallace from Britain’s Cabinet Office - Office of the Third Sector [1], the sell-out workshop examined three contrasting methods through which policy-makers can support social enterprise. They are a comprehensive regional strategy, a network of targeted business support agencies, and collectively organised business incubators.

It all depends on building strong regional partnerships[]

Lisa Fröbel of Coompanion [2], the Swedish network of local co-operative development agencies [3], explained the model and how ERDF and ESF support is used to make their successful business development service work. “The social economy serves the needs of disadvantaged areas, of social inclusion and promotes a broader and more accessible concept of business,” she said. 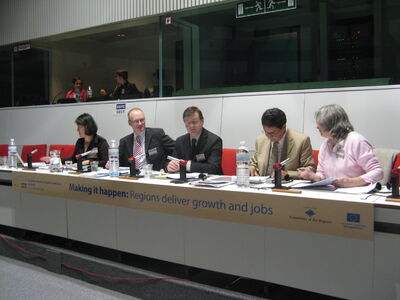 A key feature of Sweden’s 25 local co-operative development agencies is the way they are financed. They benefit from the stability of a central government core grant, but one that is matched by regional money. In their entrepreneurial way, the agencies then top this up by earning about 30% of their revenue from the sale of consultancy services.

So how will the system fare in the new round of the Structural Funds? ”The social economy is an established concept,’ says Ms Fröbel, “which has had a strong presence in past and future programming periods, and is part of Sweden’s Lisbon reform programme.” A big impulse was given by the development, as part of EQUAL, of the National Action Plan for social entrepreneurship [4], partly inspired by the UK strategy [5].

In the 2007-2013 period, Sweden has one national plus eight regional ESF operational programmes. Transnational co-operation at project level is allowed throughout. Ms Fröbel warned that the profile of the social economy is quite low in the national programme, and pointed out that it is at regional level where most of the opportunities for the sector lie. “It all depends on building strong regional partnerships, which is the job of the local branches of Coompanion,” she said.

The ESF budget is quite strongly targeted: 30% aims to improve the skills of those already in work, while 70% combats the exclusion of unemployed people – an area where Sweden’s social enterprise have proved themselves to be extremely effective. Meanwhile the eight regional ERDF programmes can support social enterprise business development: “Our priorities are increasing the competitiveness of social enterprises, breaking into new markets and promoting sustainable development,’ said Ms Fröbel.

A comprehensive strategy for Scotland[]

One region of Europe that is establishing a steadily stronger identity is Scotland, which this summer elected its first Nationalist government. Roddy Macdonald, head of Scotland’s social enterprise team, described how the government has linked EQUAL funding into the recently launched national Social Enterprise Strategy.

“The social economy goes back hundred of years in Scotland,” he said, “but the first national strategy [6] was launched only in 2007, with cross-party support. It aims to reduce poverty, create jobs and develop businesses.” It links with the Futurebuilders programme, which is investing in social enterprises to improve the delivery of public services. “We see social enterprise as a better way of doing business,” he said, “one that produces a ‘triple bottom line’ with economic, social and environmental benefits. We believe social enterprise has a big role to play in improving public services, in regenerating local communities, both urban and rural, and in improving employability.” The strategy has funding of €2 million in 2007, which it is hoped will be renewed annually, bolstered by some €160,000 from EQUAL. It has four aims:

Echoing Lisa Fröbel’s comment that local partnership is crucial, Mr Macdonald said that local social economy partnerships are being set up in Scotland’s 32 local authority areas. And far from there being any accusations of unfair competition, chambers of commerce are keen to see social enterprises joining as members.

The third case presented was that of the Business and Employment Co-operatives (BECs), a form of participative business incubator invented in France under the name of coopératives d’activités et d’emploi [7]. Nabil M’Rad, president of the federation of BECs, Coopérer pour Entreprendre [8], himself heads the BEC Energies Alternatives, which operates at eight sites around Marseilles [9]. The first BECs owe their existence to the Integra programme, a precursor of EQUAL, and are commonly cofinanced at regional level. This has proved to be a sound investment of public funds, because they have so far helped to create some 4,000 new jobs.

The idea has taken off – BECs now exist in 100 locations around France, and have spread to Belgium, Sweden, Morocco and Quebec. But why take the BEC approach? “Insecurity is increasing, and there’s a policy push for entrepreneurship – yet half of new businesses collapse within five years,” Mr M’Rad said. “So we need to find new ways of organising entrepreneurship. We have innovated within the social economy to create a new business form, adapted from the worker’s co-operative. The idea is that the members each start up their own business but at the same time help each other, sharing their specialist skills. It is an enterprise based on mutuality, in which each individual’s success benefits all the others.”

“Joining Energies Alternatives changed my life, attested translator Caroline Mackenzie. “I became a freelance in 1991, and had tried various business forms such as the limited company and the liberal profession, but none was suitable. Then four-and-a-half years ago I discovered the BEC, which meant I could build up my business while keeping a part-time job. This went well, and after two years I became a full member of the co-operative. The mutual element is strong: all the members meet for a skill-sharing seminar three times a year, and we have just started a specialist group for translators, Alternative Translation. 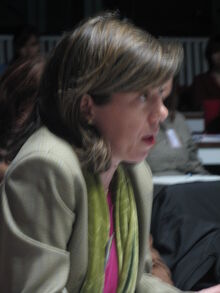 After the three presentations, debate turned to matters of future funding post EQUAL. One concern, expressed by Dorotea Daniele of Brussels consultancy DIESIS [10], was that the accumulated learning of EQUAL would be lost, since most funding is regional, and regional authorities have little experience of transnational working. Moreover, some Member States are considering restricting transnational work to the Managing Authorities, rather than extending it project promoters as before.

However Pauline Graham of the Scottish Council for Voluntary Organisations (SCVO) [11] was more sanguine: “EQUAL has created the model of co-operation and sharing, the ‘development partnership’ or DP, which will endure,” she said.

Jan Olsson of the European Economic and Social Committee [12]reiterated the comment he made at the Hannover EQUAL policy forum [13] in June, that Member States would welcome signals from the Commission, in particular support for the transnational platform on inclusive entrepreneurship mentioned by the Director General, Nicolas van der Pas.

Other participants contributed examples of the innovative ways social enterprise are spreading, such as the Villa Vägen ut! [14] Halfway houses for ex-addicts in Sweden and the CASA [15] homecare businesses in Britain, both being spread through social franchising. “Social enterprises have come out of the ghetto!”, said Renate Goergen of the Le Mat Association [16] of social hotels.

Speaker’s presentations from the Open Days are available at: http://ec.europa.eu/regional_policy/conferences/od2007/documentation.cfm

Community content is available under CC-BY-SA unless otherwise noted.
Advertisement